I’m always eager to try out a restaurant that is “new to me” in Vero Beach, so I set up a double date night with friends of ours on a sunny and hot Sunday evening recently. I decided on Francescas’s Italian Kitchen (across from Humiston Park). Although there are several Italian offerings in the area, I was intrigued by the fact that owner/Chef Massimo Napoli and his wife, Carla, are the real deal and boast that all of their dishes and sauces are made from scratch. Massimo grew up in Calabria, a southern region of Italy.

Francesca’s opened up in November of 2019, after years of success with restaurants in Pennsylvania and the Orlando, Fl area. They have two daughters, and Francesca’s is named after the first born. They began with carry out, but slowly opened up for inside dining, albeit a modest space (10 or so tables total). I spent a few minutes on Yelp before heading there, to get a pulse on how others felt about it. Most reviews were very favorable, but I had to laugh out loud at one who said they were bothered because when they complimented the chef, he did not smile. Come on, people! HOW WAS THE FOOD?

We were greeted by our server, Valeria, and I noticed right away that the kitchen is exposed to part of the dining area, leaving customers to watch the food being made, the pizzas coming in and out of the oven, if they so desire. I personally liked this, no questioning the cleanliness of the food prep area! It looked very clean, as did the dining area. It is truly like sitting in someone’s kitchen, casual and relaxing.

Most entrees hover around the $20 range, and fresh baked bread with whipped butter for the table is included. We also added a small side house salad to our entrees for $4 more. The menu consists of appetizers, soup/salads, pasta dishes, subs, pizza, calzones, and “State Stix,” which are fancy cheesy breads with various toppings.

Here’s what we ordered:

Spaghetti – It was tossed in an Arugula Cashew Pesto Sauce and was topped with oven roasted cherry tomatoes, and grated pecorino calabrese cheese. Noodles were perfectly al dente, and although it was good, it lacked some flavor. I added a few red pepper flakes, and that helped a lot.

Eggplant Parmesan – Eggplant was thinly sliced and lightly breaded, then topped with mozzarella, marinara sauce, and baked to perfection! Spaghetti marinara was served alongside. The best I’ve tasted in Vero Beach!

Lasagna Bolognese – A healthy portion was served piping hot and was full of flavor from the first bite, due to an excellent balance of noodle, cheese, and Bolognese sauce. The thin noodles were perfect, and the creamy béchamel was decadent!

Veal Parmesan – The two breaded cutlets were perfectly cooked, nicely balancing a crispy shell while maintaining moisture inside. The pasta was cooked al dente (always my preference) and the red sauce reminded my husband of his Italian roots! The dish is finished off with a sprinkling of mozzarella and baked to perfection!

The servers were all very friendly and agreed to a photo! Valeria (center) said this was her favorite job she’s ever had! We did not, sadly, try the desserts, but they do offer Tiramisu and Cannoli. I will definitely try them on my next visit.

I am a retired school teacher who recently relocated from Denver with my husband, Curt. One of our favorite things to do is try new restaurants. The Treasure Coast does not disappoint! I also like to utilize my teaching skills along with my wine knowledge (Level 2 Executive Sommelier) by hosting wine education / tasting events. 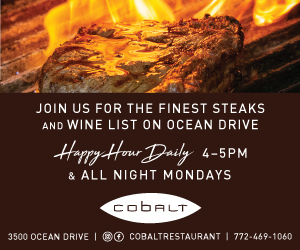 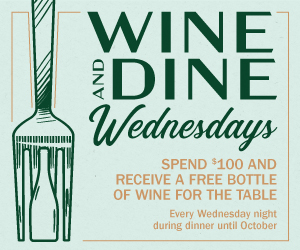 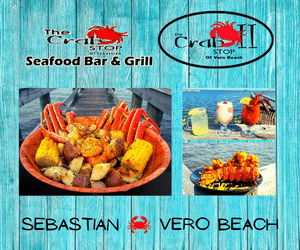 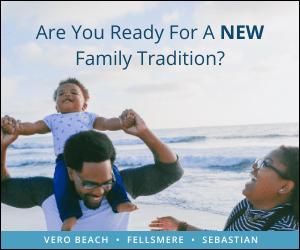